Book Now
Join us for a research paper by Dr Fiona McCall (University of Portsmouth).

Join us for a research paper by Dr Fiona McCall (University of Portsmouth).

The 1640s and 1650s witnessed striking challenges to patriarchal conventions promoting female passivity and submission. Female separatists preached, prophesied and disrupted worship. Gentlewomen commanded besieged garrisons. Women found a voice by petitioning authorities and documenting their own life-histories. Legal records reveal some extraordinary challenging behaviour by ordinary women, venting their anger at authority via speech, or antagonistic behaviour. However even amongst radicals, there was never much support for female political agency and this new-found volubility was often perceived as a threat to order, needing control and correction by men. Indeed it has been argued that the interregnum regime was misogynistic, increasing the repression of women by excluding them from access to power and via new categories of crime. This paper tests this theory using legal records for the period to investigate patterns of prosecution by gender for crimes relating to religious and moral deviance including fighting in church, sexual harassment, drinking, swearing and cursing, adultery and witchcraft.

All are welcome to join us for Fiona's paper and discussion afterwards. Please register for the event below.

If you have any questions please contact Maria Cannon (maria.cannon@port.ac.uk) or Rob James (robert.james@port.ac.uk) 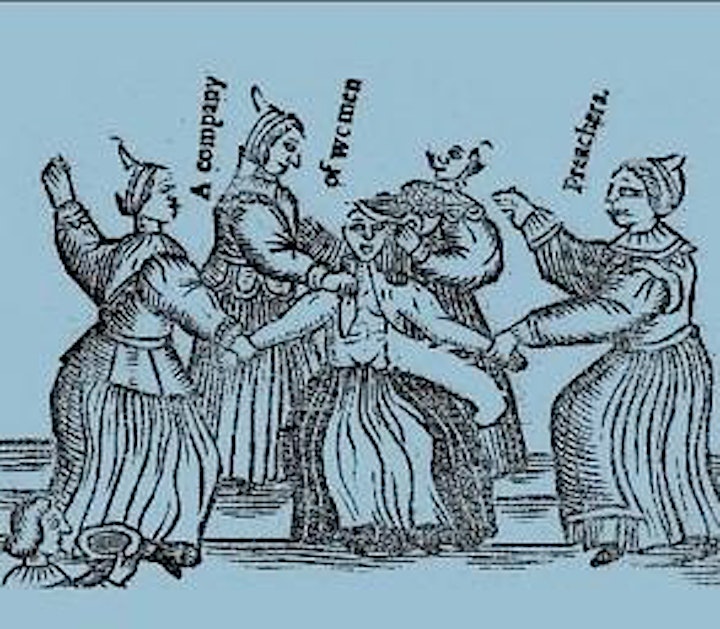