School of Art, Design, and Performance

‌Teaching | Research | Our staff | Explore our Faculty | Contact us

Art both reflects and inspires a creative society, by describing the world as it is and as it could be. The School of Art, Design and Performance believes in improving people's lives and our understanding of each other through thoughtful and challenging works.

We use new and traditional mediums to push the creativity of students, researchers and staff. We support all students, researchers and staff to explore and experiment as part of a community and to identify their strengths and individual style as artists and makers. Our collaborative, project-based approach to teaching and learning continues to give our students the skill sets to become highly employable graduates.

Many of our graduates have gone on to work in the public and private sector, or started their own companies – with 95% of our graduates being in work or further study within 6 months of graduating (HESA Graduate Outcomes Survey conducted in 2019).

We place students at the centre of our work — developing practitioners, artists, makers, designers and research who'll be dynamic contributors to our local, national and global creative and cultural industries.

Live projects with clients and community participants are an important part of our curriculum, with students collaborating with organisations such as Queen Alexandria Hospital, Boots, Teatum Jones, Park Community School, the Historic Dockyard and Aspex Gallery. The experience we offer combines:

Based in the Eldon Building and the White Swan Building, our students and staff have access to:

Explore the undergraduate and postgraduate degrees we offer within the following areas.

Keep up with the latest technology and techniques in computer game design & animation by taking one of our degrees. Take a placement with Sega, ILM & more. Find out more.

Take to the stage, hone your talents, and prepare for a career in drama, music or the performing arts with one of our degree courses at the University. Find out more.

Whether your medium is photography, graphic design, fashion, your creativity is in demand. Develop your abilities to a professional level on one of our degree courses. 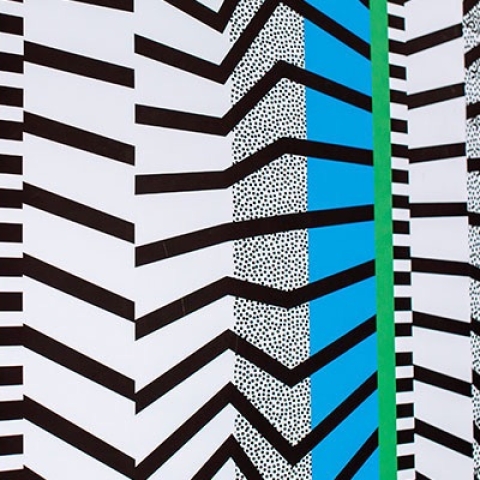 We believe in supporting students to become independent, confident artists and practitioners. Our graduates are people with the courage and confidence to make a difference with their creativity.

We have built a strong entrepreneurial culture and the work that graduates produce is diverse and varied and reflects their strong creative identities. Many of our graduates have created start-up companies, including:

We also have close relationships with employers and many of our students have taken on placement year work opportunities with places such as Walt Disney World Resort in Florida, Debenhams, and Collective Apparel. Many of our placement year students go on to work with the professionals they've met during their placement year.

Our graduates have moved on to work in a range of fields including theatre making and event producing, using drama in education settings, performing,  fashion and textile design, graphic design, photography, and illustration, for organisations such as Aardman Digital, Saatchi and Saatchi, The Guardian and Penguin Random House. Many of our graduates work as a freelancers for clients including MTV, BBC, New Scientist, Sony Entertainment, The Commonwealth Games, and Marks and Spencer.

We've built a collegiate research community that supports the work our postgraduate students, researchers and academics through open collaboration and friendly discussion. We work collaboratively with public and private partners on research that challenges assumptions and uses modern technologies to solve societal problems. 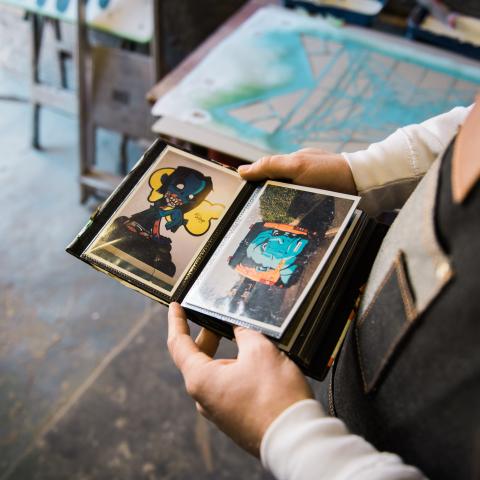 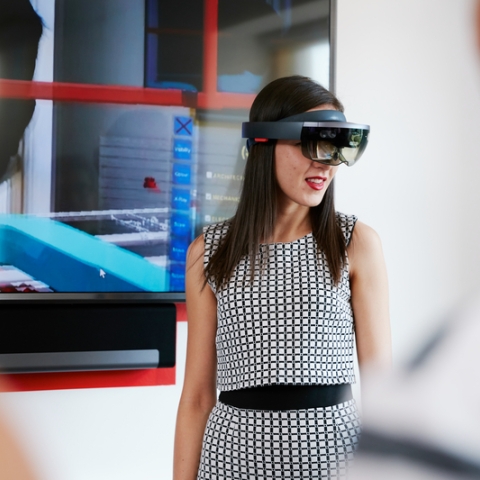 We're conducting research which explores how performance, theatre and music can help us understand society and ourselves. 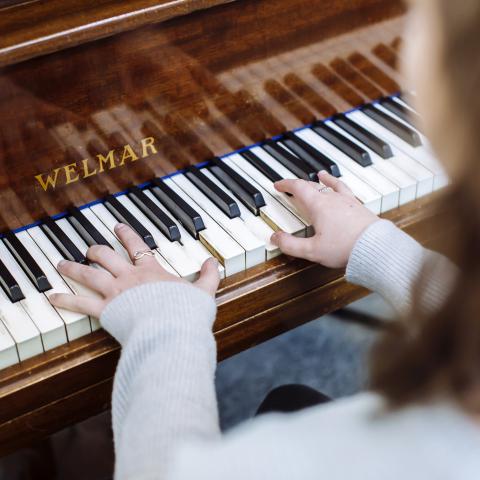 We're part of the Audience of the Future project, a £16 million and 15 organisation project that's combining theatre and performance, the music industry, video production and gaming to explore and shape how people experience live performance. Backed by the UK Government's Industrial Strategy Challenge Fund, the project will roll out a multi-platform, immersive live performance in 2020.

We're also working with Gendered Intelligence and the University of Exeter on the Transformations: Encountering Gender and Science project. Transformations explores the history of gender and science with young trans and gender diverse people (aged 16-25) and asks questions about medicine, identity, and authority through creative workshops, oral history research, creative writing, and performance.

Members of our School are also working on DERMA as part of the Interreg 2 Seas project. They're investigating and developing new ways to manage and treat dermal ulcers and other chronic non-healing wounds through new technologies.

Our Teaching Fellows, Lecturers, Senior Lecturers, Readers and Professors – as well as the many Visiting Lecturers and other industry professionals that work with us – help shape an environment where excellence is our aim.

Many staff in the School of Art, Design and Performance are research-productive and disseminate their research across many forms and media. Many are involved in public and community project work with external organisations, including charities and community interest companies. We encourage staff to undertake practice and research that’s innovative and influential, by facilitating a culture that inspires and supports high-quality work and brings on promising early-career academics. All this work often involves students in some way.

We offer supervisory expertise for doctoral students in various areas, from dramaturgy to musical theatre and voice, typography and photography, sustainability in textile design and production to applied theatre in care settings – and more besides.

To find out more about staff’s expertise, teaching, scholarship and/or research interests and expertise, see below for a selection of profiles. You can also look up individuals by name via the 'View all our Staff' button below.

View all our staff

Explore the other Schools and Departments that make up our Faculty of Creative and Cultural Industries.

Explore the School of Architecture at the University of Portsmouth, and find out more about the teaching and research activities happening now within the School. 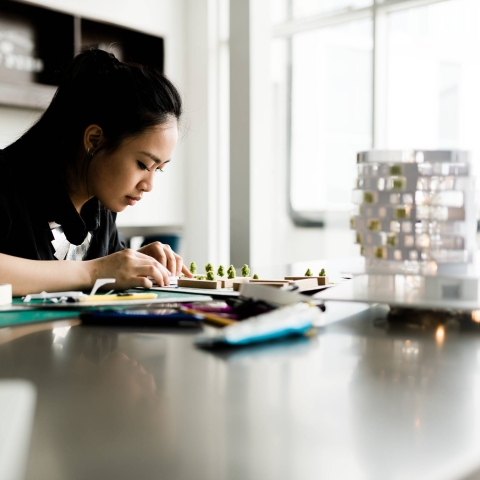 Find out more about the School of Creative Technologies at the University of Portsmouth, and explore the teaching and research activities that take place within the School. 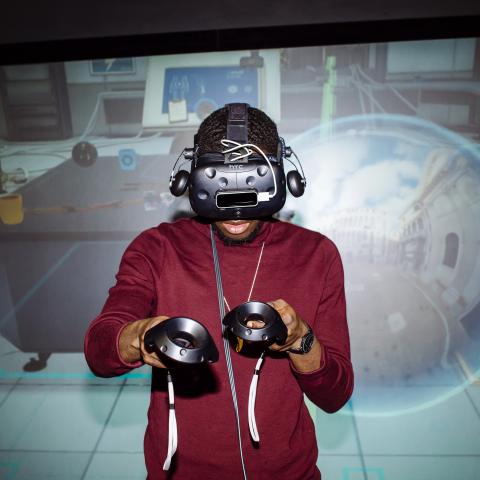 School of Film Media and Communication

Explore the Faculty of Creative and Cultural Industries at the University of Portsmouth – and find out more about the teaching and research activities taking place within our four Schools. 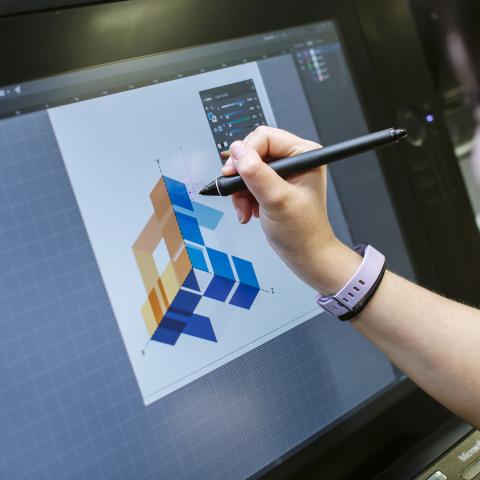 To get in touch, please contact our Faculty office.