Explore our research in musical theatre, one of our 4 areas of expertise in Performance, Theatre and Music

Our musical theatre research helps demonstrate that even popular forms of so-called ‘light’ entertainment can engage in difficult societal conversations around race, religion, gender, sexuality, politics, class and the idea of community and society at large.

We engage with any form that articulates music with theatre but, most often, we focus on the musicals produced on Broadway and in London's West End. Our research is not limited to analysing shows, but also looks at historical, social, economic and educational contexts underpinning and stemming from them.

We also consider performance practices and technical concerns, which link to a multi-million pound industry. We find new ways to illuminate how musical theatre works to suggest how it can remain meaningful for audiences, performers and industries.

The University is the founding home of the Studies in Musical Theatre journal – which is still edited here – and the Journal of Interdisciplinary Voice Studies. We also regularly host British Musical Theatre Research Institute meetings.

We use a range of research methods stemming from humanities models, including historical and contextual research, sociological approaches and economic understanding. Practice-led research is also becoming increasingly relevant within the discipline, and features in some of our research work in this area.

Our staff have expertise in performance, performance history and popular culture, and the links we have between practice, industry and research, come from more than 15 years of featuring musical theatre in our undergraduate curriculum. We're accommodated in the specialist White Swan Building rehearsal and performance studios, which often play a role in our research.

Partnerships include the Victoria and Albert Museum, to access their extensive musical theatre collections, and we are members of Musical Theatre Network — the national network for new musical theatre. We also regularly work with creative from this network in our curriculum. Recent funders of our work include the American Embassy.

Professor of Music and Theatre

Musical theatre is one of our 4 areas of expertise in Performance, Theatre and Music research – explore the other areas below.

Our research in this area explores how theatre and performance can be used in an educational, community or therapeutic context. 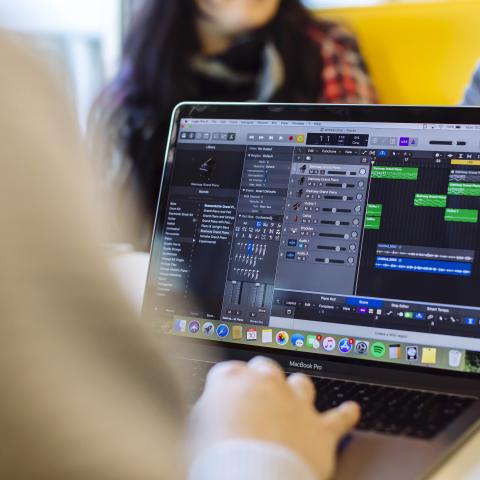 We're discovering answers to political and philosophical problems, by investigating performance and its practices. 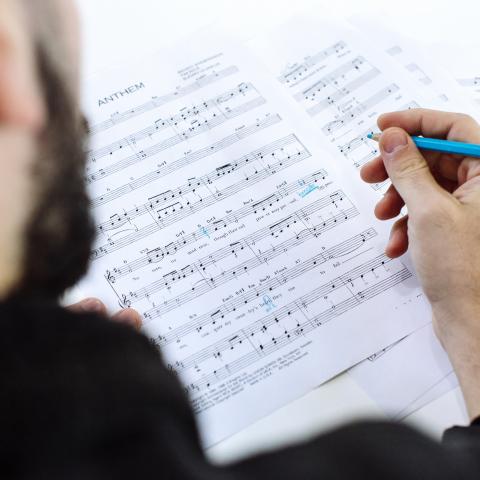 Interested in a PhD in Theatre, Music and Performance?