Only a small part of our research requires the use of animals.

Whenever possible, we use alternative methods, such as cells grown in the laboratory and computer models, but some research involving animals remains essential. This is because the use of animals is continuing to make a vital contribution to the understanding, treatments and cure of major human and animal diseases.

We're committed to being clear and open about when, how and why we use animals in research, and to providing the best standards of animal welfare.

And because we believe that good science and good animal welfare are not mutually exclusive, we're one of 81 organisations from the UK bioscience community that signed the Concordat on Openness in Animal Research in 2014. The Concordat commits us to:

As part of our Working with Animals Policy, we also adhere to the '3 Rs of Animal Research'. These are:

About the animals we use in our research

The animals used in our research are mainly mice and frogs. And while they may seem very distinct from human beings at first glance, they actually share many basic cellular, developmental and disease processes with humans. That's why they're used as models for the study of human illness.

We house our animals in excellent conditions, as required by the Home Office, and ensure they receive the best possible care from our team of experienced vets and technicians.

How animal research is making a difference

Research on animals has been essential for major advances in both human and veterinary medicine. We're now able to prevent and treat diseases and conditions which were once fatal, and major operations such as organ transplants, and procedures such as kidney dialysis and blood transfusions, are now possible.

Research on animals has allowed the investigation of some of the more challenging medical conditions such as heart disease, depression, HIV and many cancers, while also offering hope to millions who have life-threatening diseases.

In veterinary medicine, animal research has led to the development of vaccines for major animal diseases, such as canine parvovirus and feline leukaemia.

Some of our research investigates diseases of the nervous, muscular and circulatory systems that are involved in conditions such as muscular dystrophy and Alzheimer’s, and our developmental biologists are examining the basic processes of life so that we can understand the nature of diseases.

Scientists discover the loss of a substance called ‘myelin’ can result in cognitive decline and diseases like Multiple Sclerosis and Alzheimer’s. 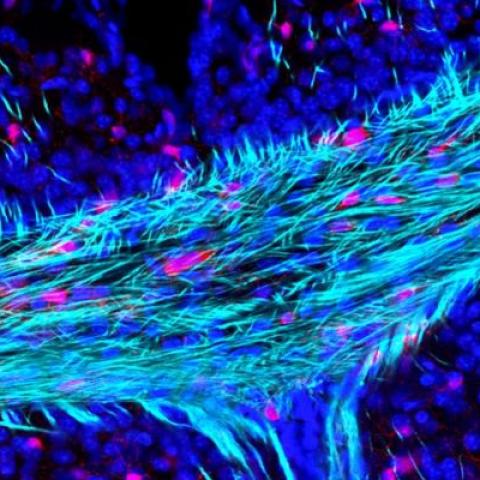 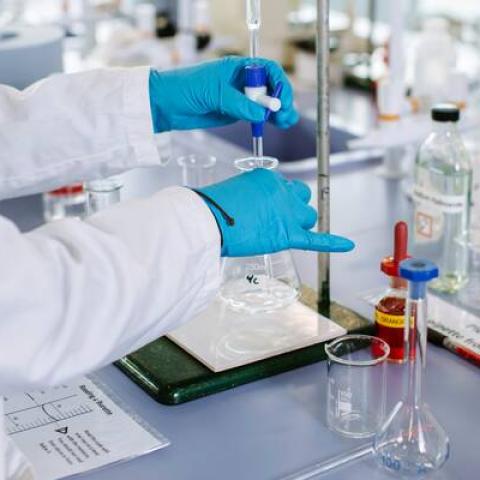 Zebrafish could hold the key to helping more smokers quit and save thousands of lives and millions in NHS costs. 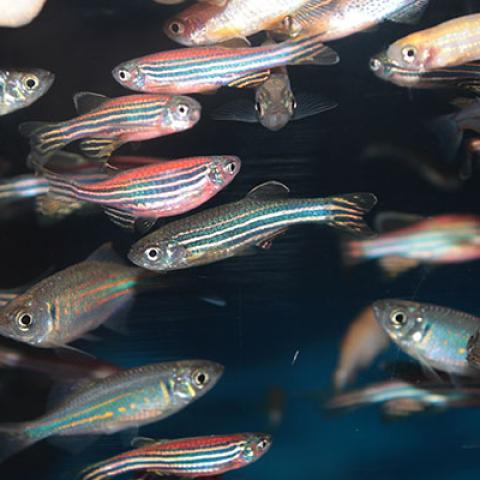 Professor of Molecular Medicine, Darek Gorecki, and his team in the School of Pharmacy and Biomedical Sciences, are working to find a treatment that will delay the onset and slow down the progression of muscle degeneration in people with Duchenne muscular dystrophy, the most common and severe of all muscular dystrophies.

The condition is caused by a lack of dystrophin, a protein which acts like scaffolding and an anchor in muscle cells and without which these cells become damaged and then progressively lost, resulting in death of young adults.

There are also brain forms of dystrophin that, when mutated, are responsible for the severe cognitive problems sometimes also seen in this condition. There is no cure for this disease and treatments are urgently needed.

Working with mice, the research team has already identified a molecule present in dystrophic muscle cells (called P2X7) that contributes to muscle damage. By manipulating this molecule, the scientists have been able to relieve disease symptoms.

Professor Gorecki says: “If we can achieve improvement in the mouse model of Duchenne muscular dystrophy, then there is a good chance that the same treatment may work in human patients, though of course, it will still need to be tested in clinical trials.”

The team’s success at manipulating P2X7 and their plans for further research have received strong endorsement from a panel of the world’s leading experts in muscular dystrophy.

The research conducted by Professor Arthur Butt, Professor of Cellular Neurophysiology, and his colleagues is focused on the ageing brain and diseases such as dementia and multiple sclerosis. The team use mice to study mechanisms in the brain that may cause degenerative conditions.

They have found a protein that is a key element in controlling special cells in the brain and spinal cord that form myelin, a substance which insulates the brain’s wiring. They discovered that the protein is critical to ensuring that these cells, known as oligodendrocytes, function well.

Dr Sassan Hafizi, fellow member of the cellular neurophysiology group, is using the same type of methodology to investigate multiple sclerosis (MS). Symptoms of the disease, which include memory and emotional problems as well as effects on the body, are the result of lesions on the brain’s white matter caused by damage to myelin and to oligodendrocytes.

The discovery of the protein could lead to better treatments for MS and dementia. There is also the potential in the future for a diagnostic tool for clinicians to use to predict Alzheimer’s and dementia.

Professor Butt says: “Through investigating the signals used by the brain to control these functions we hope to gain further insight into the ageing brain and better understand diseases such as Alzheimer’s and dementia.”

Matt Guille, Professor of Developmental Biology, leads the Xenopus Resource Centre, which is the largest frog facility in the world. Xenopus are fully aquatic South African clawed frogs whose eggs are used to investigate the basic processes of life so that the fundamental nature of diseases can be understood.

“Our work involves examining how genes are switched on and off again, a process that is the same in cells of both frogs and humans. We have found that structures in DNA, rather than the DNA sequence itself, control some critical parts of the genome and this now opens up a whole new area of research to discover whether any diseases are caused by changes in these structures.

“It is also possible to use Xenopus as a tool to study particular human diseases, and we have worked with Professor Darek Gorecki to understand some genetic changes in the dystrophin complex (responsible for muscular dystrophy) that cannot be modelled in mice.

"We are currently developing frogs that allow our collaborators to study heart, vascular, muscle and kidney disease. These frogs will reduce the need for mice to be used in such studies,” says Matt.

The most recent Ipsos MORI survey (October 2012) carried out for the Department for Business, Innovation and Skills shows that approximately two-thirds of adults support the use of animals in research as long as it is for medical research purposes, there is no unnecessary suffering, and there is no alternative.

That's the case with our research, and all work involving animals (as defined by the Animals (Scientific Procedures) Act 1986) by University staff is reviewed by the Animal welfare and ethical review body (AWERB), irrespective of a requirement by the Home Office for a licence.

The AWERB includes a vet, key animal carers, experienced project licence holders and members of the University’s senior management team, together with lay members, some of whom are independent of the University.

In addition to ensuring that all work involving animals is scientifically and ethically justified, for licensed projects, the AWERB considers annually the scientific progress made in each project, together with how the use of animals in that project has been replaced, reduced and refined (the 3Rs). It disseminates best practice and acts as a forum to update animal users on advances that address the 3Rs, thereby keeping the use of animals in research to a minimum.

The University and its researchers are subject to inspection by the Home Office, which examines all aspects of animal research, care and welfare. Under Home Office categorisation our experimental procedures on animals are generally classified as “mild”.

We fully support and endorse the ARRIVE (Animal Research: Reporting In Vivo Experiments) guidelines developed as part of a NC3Rs (National Centre for the Replacement, Refinement and Reduction of Animals in Research).

The guidelines, a checklist of 20 items, aim to ensure all work with animals is carried out thoroughly and transparently. Following these guidelines means that where possible the results of one study can be used for multiple purposes, which in turn leads to lower animal use.

How many animals are used in our research?

As part of the University's commitment to openness and transparency in all areas of our research, the numbers of animals used in research during the last year are listed here. They're grouped by the type of procedure they experienced.

The figures are part of the annual statistical returns required by the Home Office of all Project Licence Holders. These statistics are incorporated into a collection of national statistics published annually to inform the development of policies on animal use in scientific work and to inform the scientific community, animal welfare organisations and the general public.

The majority of mice and Xenopus (frogs) we use are genetically altered animals that have been modified either to have a similar mutation to that found in a human genetic disease or to allow a developmental process or disease to be followed in living animals non-invasively (for example fluorescent heart muscle).

The majority of these animals show no clinical signs of pain or distress and are indistinguishable in their daily appearance from normal non-genetically altered animals. This is why they are such useful models for scientific investigations.

The table below breaks down animal numbers into five groups of procedures, as follows: