Globally, an estimated 85% of oyster beds and oyster reef habitats have been lost, making them among the most imperilled marine habitats in the world.

The Native Oyster (Ostrea edulis) Restoration Ecology project has created a model for restoration of this key habitat, by relaying millions of oysters into the Solent – the strait that separates the Isle of Wight from mainland England.

In order to increase the number of breeding oysters within the Solent,  mature “brood stock” oysters have been placed at high densities in cages, hung in the water beneath pontoons, facilitating the release of millions of larvae into the Solent.

The cages have been shown to provide a refuge for other marine life, with 97 different species having been found living within the cages so far, including critically endangered European eels, juvenile spiny seahorse and sea bass.

To promote natural recruitment and re-establish wild oyster beds, protected seabed sites are being re-seeded with juvenile oysters. These sanctuary sites will be created on a large scale in areas closed to commercial fishing and will be allowed to flourish and develop.

Project members at the University of Portsmouth

Reader in Marine Ecology and Evolution

Dr Joanne Preston is the principal investigator (PI) on the Native Oyster project, and a Marine Biologist based at our Institute of Marine Sciences, where she leads a research group on the restoration ecology of marine coastal habitats.

She founded the UK/Ireland Native Oyster Network in collaboration with the Zoological Society of London to catalyse a national approach and scale of oyster habitat restoration and facilitate best practice in establishing and monitoring  native oyster restoration projects.

Dr Preston provides scientific leadership for the Solent Oyster Restoration Project in collaboration with Blue Marine Foundation and is an Advisory board member for the European Native Oyster Restoration Alliance. Her research is focused on understanding the biodiversity,  function, connectivity and value of marine coastal habitats, but she is a keen advocate of effective science communication to support changes in policy and sustainable use and management of marine resources.

The ultimate how to guide for native oyster restoration

The native oyster is now almost extinct in many areas around Europe, having declined by over 90 per cent due to human impacts.

Episode 9: Oysters in the Solent - cleaning up our waters

Dr Joanne Preston shows us how she's been reintroducing native oysters to the Solent with pioneering tech.

Explore the Centre for Blue Governance 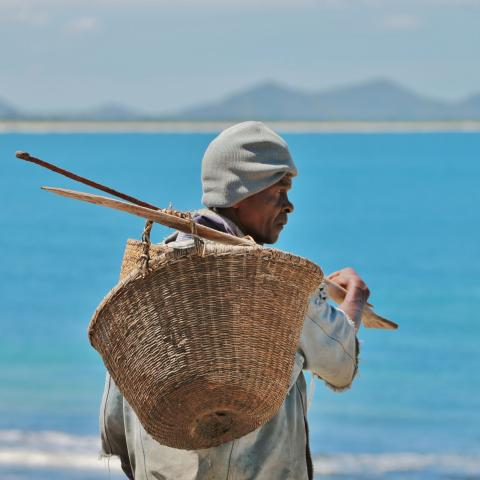