I’ve always been fascinated about the fine line between arts and sciences.

At first, that fascination led me to study piano at the Conservatoire of the Balearic Islands while also taking art and mathematics at college. Over time my focus changed and I fell in love with the idea of being an architect; of designing spaces that might stand for centuries and which people would actually live and work in. It was an idea that I had to follow.

I knew that I wanted to study here in England because of its architectural history. I travelled to England and visited several universities during their open days, but choosing the University of Portsmouth was easy. The city was beautiful, much more so than expected, and being near the coast made it feel a little like home. Plus the course tutors were so friendly and impressive. I decided right away to make Portsmouth my number-one choice.

At first I was nervous, just as I’m sure most new students are. It was a big shift for me since I was moving to a foreign country, and learning the English ways at the same time as getting used to my degree was difficult for the first few weeks. But that became easier and the course itself was proving everything I’d hoped it to be.

I was new to the subject and eager to pick it up as fast as I could. Luckily Portsmouth offered quite a few extracurricular opportunities that would help me gain some early experience.

Very quickly, I saw the difference between the Spanish and English approach to architecture. Here it is considered in a more conceptual way and taught almost as an art, which fit my background and style perfectly.

Still, I was new to the subject and eager to pick it up as fast as I could. Luckily Portsmouth offered quite a few extracurricular opportunities that would help me gain some early experience. One chance that I jumped at was the Erasmus+ programme, which allowed me to undertake a summer internship in a foreign architectural practice. I learned so much there and it will definitely support my degree studies as now I enter my third year. Plus it was a paid internship and that’s always a bonus!

I won’t lie. Moving countries to start university wasn’t exactly the easiest thing I’ve ever done. But I believe that the key to success is to challenge yourself and to keep an open mind. If I’d let a fear of change or hard work win, then I wouldn't be in the amazing position that I’m in now. You’ve just got to work hard and do your best with whatever opportunities come your way. 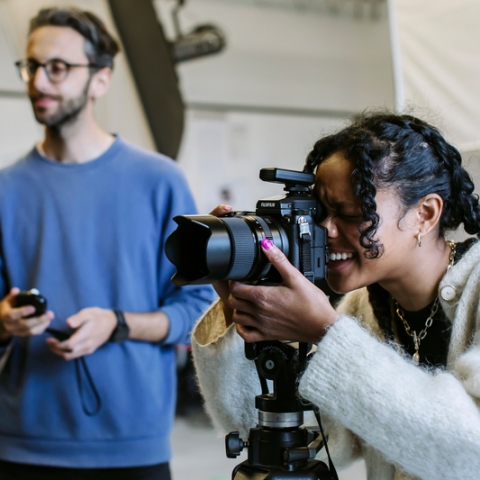 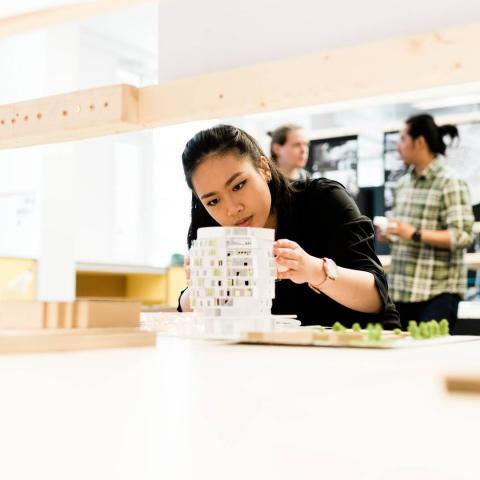 Learn from professional architects and develop sustainable industry skills on our BA (Hons) Architecture degree. ARB- and RIBA-accredited, so you get Part 1 qualification for architect registration. 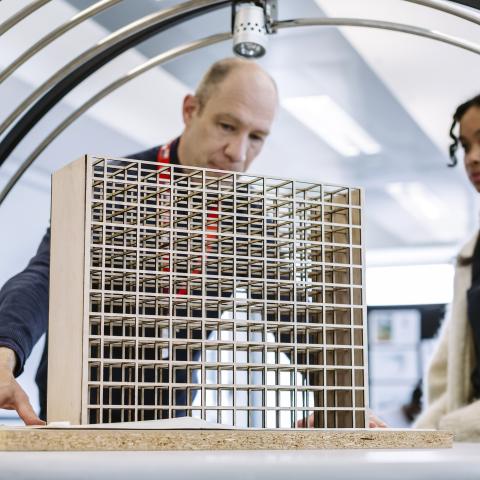