Department of Psychology Faculty of Science and Health

We might associate donkeys with Christmas, but new research from the University of Portsmouth shows the animals are keener on hotter periods of the year.

Donkeys, it seems, love sun and warmth. That’s the finding of the first study to examine the conditions under which healthy (non-working) donkeys and mules seek shelter in hot, dry climates.

It found that whilst mules would seek shelter from the heat and insects, donkeys enjoyed the sunshine and warmth for longer.

The research by equine behaviour expert Dr Leanne Proops, at the University of Portsmouth’s Department of Psychology, is published in the Journal of Applied Animal Behaviour Science.

Dr Proops said: “We found that donkeys are less likely to seek shelter from the heat and light than mules.  The sensitivity of mules to higher temperatures and sunlight may be due to the geographically different evolution of horses and donkeys and their adaptations to different climates.   Donkeys are better adapted to arid, hot climates and hence higher sunlight levels.”

“In contrast, horses are more adapted to cold conditions, and our previous research has shown that donkeys seek shelter far more often than horses in cold, wet conditions.  As a hybrid, mules often display attributes that are a mixture of both species, such as their winter hair coat growth. Therefore, it might be expected that mules are less adapted to conditions of high temperatures and sunlight levels than donkeys, as we found in this study.”

It is clear that different equid species have specific needs and so should be given free access to shelter - there is no ‘one size fits all’.

It is known that the effect of heat in the environment becomes physically challenging for animals once the ambient temperature surpasses their thermal neutral zone (TNZ).  The TNZ is different for every species.  An important method of controlling heat stress from solar radiation is for an animal to seek shade.

A total of 130 donkeys and mules were studied in two locations in Southern Spain in a seven week period during the Summer. In both locations, researchers recorded the animals need for shade.

All the animals in the study were healthy, had free access to shelter and were regularly monitored by vets from The Donkey Sanctuary.  Temperatures during the study period ranged from 14 to 37° C and data was collected between 8am and 4:15pm. For each location outside temperature, wind speed, light levels, rainfall, insect density and harassment levels were recorded.

We hope to be able to inform welfare guidelines and encourage good management of these animals.

Dr Faith Burden, Director of Research and Operational Support at The Donkey Sanctuary

Emily Haddy, PhD student on the project, said: “It has been very interesting to see the results from this study. Despite what equid owners may think, it is clear that different equid species have specific needs and so should be given free access to shelter - there is no ‘one size fits all’.

Dr Faith Burden, Director of Research and Operational Support at The Donkey Sanctuary and co-author on the paper, points out the importance of these findings, “The majority of working equids worldwide are exposed to hot climates and as a consequence may suffer from issues such as dehydration and heat stress. By establishing the natural shelter seeking behaviour of healthy donkeys and mules across climates we hope to be able to inform welfare guidelines and encourage good management of these animals.”

Anyone with any domestic donkeys this Christmas are urged to keep them warm and dry.

Explore more of our work in the Department of Psychology

Find the Psychology course for you 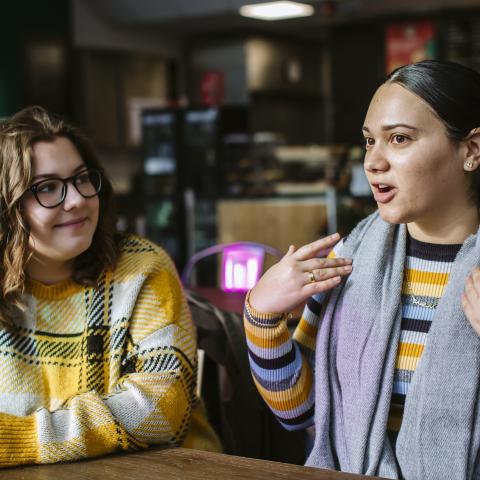 Do your PhD with us