The gruelling winter months have arrived in Ukraine and both sides are digging in for a long few months of sub-zero temperatures.

No one who has lived in central Europe forgets the winters. From November to April, you can be fairly certain that every time you step out of your usually well-heated apartment block, you’ll be walking into what amounts to a freezer. It is this, perhaps more than any other factor, that has driven Russia’s recent “strategic” bombing campaign directed against Ukraine’s electricity supply to undermine the Ukrainian population’s will to resist.

But Russia is now running seriously short of precision-guided missiles – Ukraine’s defenders are becoming increasingly successful at shooting down Iranian-supplied Shahed-136 drones and other missiles – but all too many of them get through. Ukrainian friends tell me that the atmosphere in Kyiv is tense but fiercely determined – with a brisk market for small generators to offset the expected power cuts. It is going to be very hard for Ukraine’s civilians as they try to endure what is going to be a long winter.

But it’s likely to be a lot harder for their enemy’s troops. Nato has been planning for months to ensure that their Ukrainian allies are as well-equipped as possible. Canada has weighed in with nearly half a million sets of winter gear drawn from their modern and effective military stocks. Other countries, including the US and Estonia have followed suit.

Meanwhile, in an army not renowned for maintenance or logistical efficiency, but rightly famous for its corruption, Russian troops – including recently drafted soldiers with two or three weeks training – will have to find ways to cope with the weather.

They are also facing a Ukrainian army that, despite taking significant casualties, has all the momentum. As it has since the start of the war, the crucial moral component of war favours them. The fact that they are defending their homeland – indeed, at present, retaking it – is at least as relevant now as it was in February.

They have the edge in precision artillery, probably in tanks and certainly in leadership morale and training.

All that said, the tempo of combat is highly likely to slow down as Ukraine gets deeper into winter. The practicalities of keeping reasonably warm in temperatures often lower than -20℃ take up a lot of time. Even with the best equipment, winter field conditions in central and eastern Europe are gruelling. Trying to maintain or repair reluctant equipment vehicles, cleaning rifles, and even simply standing guard becomes difficult with frozen hands.

Trenches are as essential now as they were in 1914 or 1941 to protect troops against artillery and automatic gunfire – and digging them is tough enough without dealing with frozen ground. Hundreds of thousands of infantry soldiers on both sides are fighting in exactly the same conditions – trenches and dugouts – as those faced by their grandfathers and great-grandfathers in the two world wars. One Nato official in Brussels told reporters that: “If you’re fighting in those conditions, if your tank is always getting stuck, if it is always throwing a track and you’re constantly cold and wet, it affects what we would call the moral component of an army.”

It does, indeed. Fighting and moving efficiently in severe winter conditions of the kind we see in Ukraine takes a great deal of experience and training. Everything takes longer in freezing weather. This is especially true of the key element of logistics. Moving essential supplies of food and ammunition takes longer, as trucks slide over frozen roads, break down or become stuck in snow or mud. In those circumstances, fast-moving armoured warfare becomes very much more challenging.

Mike Martin, senior research fellow at Kings College London, a leading commentator on the Ukraine war, and a former infantry officer, told me that: “The Ukrainian style of warfare is built around manoeuvre, which requires speed and agility. Both of these are far more difficult to achieve in winter.” So we are likely to see a slowing down of the momentum of the conflict – certainly in the deep winter months from December to February.

Until then, in the south, Ukrainian troops will press on to take the dam and bridge at Nova Khakova – if they aren’t destroyed by Russia first – and advance into the outskirts of Kherson. This will place Crimea itself in their sights. In the east they are likely to hold their lines against Russia’s mercenary troops around the key town of Bakhmut, which commands a road supplying Russia’s long-term objectives of Sloviansk and Kramatorsk.

Russia meanwhile is issuing regular threats of escalation, including the possibility of using nuclear weapons. Most recently, this escalation has taken the form of alleging, somewhat absurdly, that Ukraine would take the first steps down that particular road with a so-called “dirty-bomb”. As a major threat to life, they are more a relic of cold war films than any expression of current military reality. These are unreliable weapons, in no way “weapons of mass destruction”, rather “weapons of mass disruption” as the mess they leave behind take years to clean up. Still, Nato is taking these threats seriously.

Meanwhile, the war is proceeding – step by not-so-cautious step – down an escalatory path. For the first time in 80 years, the 101st Airborne Division (of Band of Brothers fame) has brought its headquarters to Europe, along with nearly 5,000 troops. Their HQ is very close to Romania’s border with Ukraine. The division is conducting realistic training alongside Romanian troops explicitly directed towards intervention in the war. As the commander of the 101st’s Second brigade combat team, Colonel Edwin Matthaidess put it: “We’re building objectives to practice against that replicates exactly what’s going on in Ukraine.”

So, while “General Winter” may bring with it a slowing of the operational tempo, the pressure is dangerously increasing on all sides.

Frank Ledwidge is a Senior Fellow in Strategy Enterprise & Innovation in the Faculty of Business & Law.

Failing on the battlefield, Russia is now concentrating its fire against civilians in Ukraine’s major cities 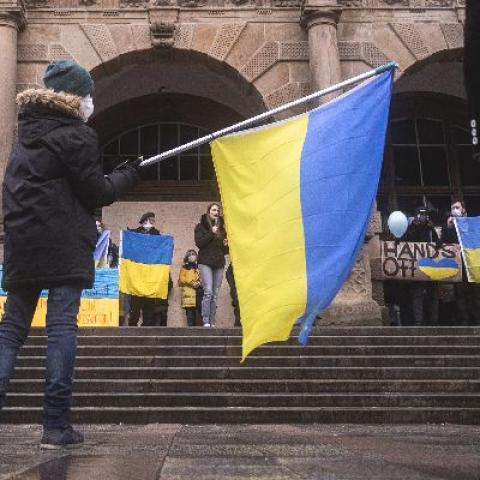 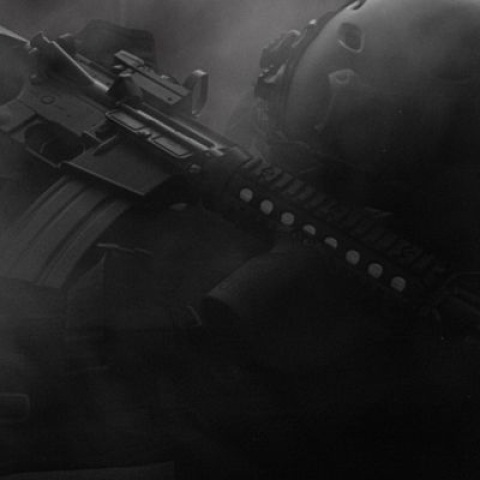