Election of moderate rather than Trump Republicans makes a change in Ukraine policy less likely.

Faculty of Business and Law Security and Risk

The US midterms have drawn global attention because of their potential to affect the remainder of President Joe Biden’s term in office, and his relationships with the rest of the world.

Because of the type of Republicans who have been elected and their smaller than expected numbers, the Democratic president’s foreign policy is likely to be less affected by the midterm results than many had expected. The results did bring some small but significant gains for the Republican party, but it was not the shellacking for Biden suffered by former president Barack Obama in 2010 or the thumping received by George W Bush in 2006.

Unlike domestic policies, Biden’s foreign policy has largely been a continuation of that of his predecessor, Donald Trump, leading Democrats and Republicans to fall into line.

But the main difference between Biden and Trump on foreign policy has been the response to the Ukraine war. Top of the agenda for many foreign policy observers will be whether the US’s commitment to providing support to Ukraine will continue. Since the Russian invasion began in February, Congress has already authorised over $40 billion (£35.1 billion) of military support and humanitarian aid to be sent to Ukraine.

While members of the congressional hard right, such as Marjorie Taylor Greene, had promised that “not another penny will go to Ukraine”, that feeling is likely to be in the minority in the new Congress, particularly after some Trump hardliners performed badly and didn’t win their seats. Opposition to Biden’s Ukraine policy has mostly come from Trump’s ultra right. According to reports, this small group of representatives have not forgiven Ukrainian president Volodymyr Zelensky for his involvement in Trump’s first impeachment trial.

Kevin McCarthy, the Republican likely to replace Nancy Pelosi as Speaker of the House if his party secures the numbers, did suggest there might be challenges to Biden’s policy. Prior to the elections, McCarthy said that while supporting Ukraine was important, a Republican Congress might limit the funding available for aid. The extent of this will be dependent on the influence of the more radical figures within the congressional Republican caucus.

Another signal is that senior members of the Senate recently said that there was strong bipartisan support for Ukraine. Republican senator Rob Portman and Democratic senator Chris Coons travelled to Ukraine to reassure Zelensky. With some Trump loyalists not doing well and moderate Republicans like South Carolina’s Nancy Mace winning seats, the hardliners may have to back down.

Republicans might use their control of the House to exert influence on Biden to change direction on immigration issues. Throughout the campaign, Republicans have raised immigration along the southern border as a major issue.

They could force Biden to reduce immigration numbers from Central and South America by threatening to withhold funds for Ukraine. In the wake of the midterm results, interestingly Biden has already reached across the divide saying he is prepared to work with Republicans in the new Congress to forge alliances to support his policies.

A Republican-controlled House is likely to back Biden’s China policy. The Biden White House chose to continue the tough China tariffs adopted by the Trump administration, while not emulating some of Trump’s wild accusations.

Since taking office in 2021, Biden has retained the tariffs placed on Chinese imports. At a press conference earlier in the year, Biden said this was because China had not fulfilled its commitment to the Phase One deal agreed between Beijing and Trump in 2020. As part of the deal, which brought respite to a trade war between the US and China, the US had agreed to review the tariffs if China substantially increased its imports of US goods.

This continued hardline policy and Biden’s pledge to defend Taiwan from any Chinese incursion, along with the administration’s criticism of China’s crackdown on democracy in Hong Kong, should draw bipartisan support for Biden. Some commentators have suggested that Biden’s China policy might even help the two parties to form a stronger relationship.

Biden could find it difficult to get congressional ratification for any international agreement that the United States makes at COP27. Environmental policy – domestic or foreign – is one area where Democrats and Republicans differ considerably. Biden reversed Trump’s withdrawal from the Paris climate agreement on his first day in office.

Biden will find it hard to sign up Republican allies on this issue, despite the claims of former secretary of state John Kerry, Biden’s climate envoy, that climate negotiations are “not an ideological exercise”. While Congress has passed a great deal of climate-based legislation, some experts believe that a Republican-controlled Congress would halt any further progress in tackling climate change. Republicans have labelled Biden’s environmental policy a “radical green agenda” and promised to stop it if they took control of the House.

However, they may find opposition from within their own party, especially Republican-controlled states that have already benefited from clean energy tax credits. With a small majority in the House and with one eye on the 2024 congressional elections, Republicans might think twice about rolling back the climate-centred laws that have been passed in the past two years.

Overall, the weaker showing of the Trump Republicans in these midterms is likely to mean less opposition to Biden’s foreign policy agenda.

Dafydd Townley is a Teaching Fellow in the School of Strategy, Marketing & Innovation in the Faculty of Business & Law.

Ukraine and the financial markets- the winners and losers so far

Notwithstanding the incalculable costs in terms of human lives, as well as human capital and physical infrastructure, we’ve seen much turbulence in the financial markets. 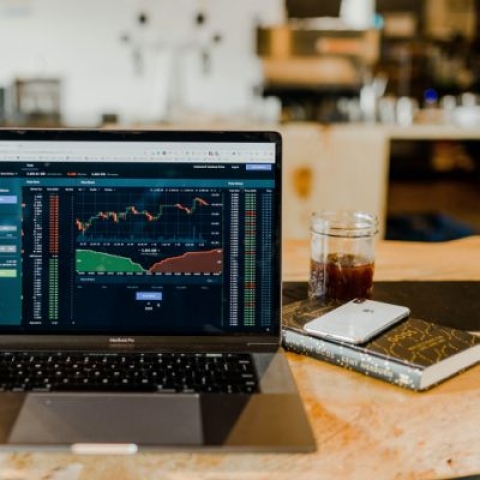 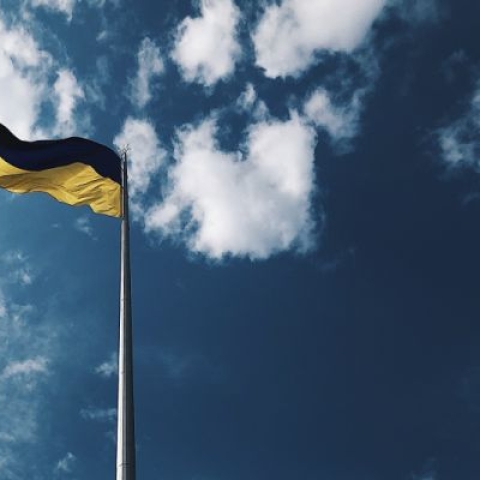