Faculty of Business and Law Sustainability and the Environment

A University of Portsmouth academic has contributed to landmark reports that highlight the options to protect and restore nature and its vital contributions to people.

Biodiversity – the essential variety of life forms on Earth – continues to decline in every region of the world, significantly reducing nature’s capacity to contribute to people’s well-being.

This alarming trend endangers economies, livelihoods, food security and the quality of life of people everywhere, according to four landmark science reports, written by more than 550 leading experts, from over 100 countries, including Dr Pierre Failler from the University of Portsmouth.

Governments have to take biodiversity loss at the same level of importance, or even at a higher level, than climate change, as the loss of natural capital is one of the reasons of the escalation of both climate change causes and impacts.

Dr Failler, a Reader in Economics, contributed to the Africa assessment as the coordinating lead author, with Robert Kasisi from the University of Montreal (UQAM), of chapter 2 ‘Nature’s contributions to people and quality of life’. This chapter was dedicated to the valuation of nature contribution to people and the assessment of the value of ecosystem services. Dr Failler has also contributed to the development of the concept of Nature’s contribution to people and was co-author of the seminal paper in 2015 in Current Opinion on Environmental Sustainability and the more recent paper in Science January 2018.

Dr Failler said: “Governments have to take biodiversity loss at the same level of importance, or even at a higher level, than climate change, as the loss of natural capital is one of the reasons of the escalation of both climate change causes and impacts. Biodiversity should be at the forefront of any national and international policies, especially with regards to economics and trade. Inter-disciplinary research should be encouraged to provide scientific evidence of economic, social and ecological interactions that can be beneficial to humanity.”

The result of three years of work, the four regional assessments of biodiversity and ecosystem services cover the Americas, Asia and the Pacific, Africa, as well as Europe and Central Asia – the entire planet except the poles and the open oceans.

The best available evidence, gathered by the world’s leading experts, points us now to a single conclusion: we must act to halt and reverse the unsustainable use of nature.

In every region, with the exception of a number of positive examples where lessons can be learned, biodiversity and nature’s capacity to contribute to people are being degraded, reduced and lost due to a number of common pressures – habitat stress; overexploitation and unsustainable use of natural resources; air, land and water pollution; increasing numbers and impact of invasive alien species and climate change, among others.

“Biodiversity and nature’s contributions to people sound, to many people, academic and far removed from our daily lives,” said the Chair of IPBES, Sir Robert Watson, “Nothing could be further from the truth – they are the bedrock of our food, clean water and energy. They are at the heart not only of our survival, but of our cultures, identities and enjoyment of life. The best available evidence, gathered by the world’s leading experts, points us now to a single conclusion: we must act to halt and reverse the unsustainable use of nature – or risk not only the future we want, but even the lives we currently lead. Fortunately, the evidence also shows that we know how to protect and partially restore our vital natural assets.”

In Europe, a major trend is the increasing intensity of conventional agriculture and forestry, which leads to biodiversity decline. There are also examples of sustainable agricultural and forestry practices that are beneficial to biodiversity and nature’s contributions to people in the region. Nature’s material contributions to people, such as food and energy, have been promoted at the expense of both regulating contributions, such as pollination and soil formation, and non-material contributions, such as cultural experiences or opportunities to develop a sense of place. 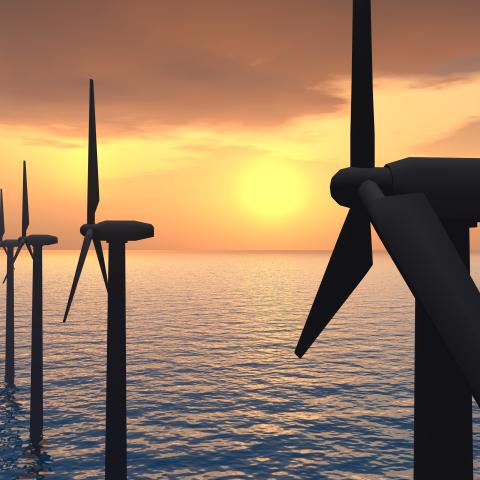