New research has found that shrimp like creatures on the South Coast of England have 70 per cent less sperm than less polluted locations elsewhere in the world. The research also discovered that individuals living in the survey area are six times less numerous per square metre than those living in cleaner waters.

This discovery, published today in Aquatic Toxicology, mirrors similar findings in other creatures, including humans. The scientist leading research at the University of Portsmouth believes pollutants might be to blame, further highlighted by this latest research.

Professor Alex Ford, Professor of Biology, University of Portsmouth, says: “We normally study the effect of chemicals on species after the water has been treated. The shrimp that we have tested are often in untreated water. The study site suffers from storm water surges, which is likely to become more common with climate change. This means that the creatures could be exposed to lots of different contaminants via sewage, historical landfills and legacy chemicals such as those in antifoulting paints. There is a direct relationship between the incidence of high rainfall events and in the levels of untreated sewage.”

It is thought that some male fertility problems are related to pollution.

Professor Ford describes the shrimp as “the canary in the mine” - concerned that the plight of the shrimp is only just the tip of the iceberg in terms of fertility problems in male creatures, both great and small.

“It is thought that some male fertility problems are related to pollution,” said Professor Ford. “It may not be the same pollutants, but it is all chemicals that are being released into the environment. It is not being stopped and, more importantly, the effects are not being properly monitored or understood.”

Most male fertility research has historically focused on vertebrate species. Very little is known about the effects of pollution on invertebrate fertility, especially those amphipods at the bottom of the food chain.

A decade ago University of Portsmouth scientists observed little shrimp with very low sperm counts in nearby Langstone Harbour. Surprised by such a result they decided to monitor the animals over the next 10 years.

When Marina Tenório Botelho, a University of Portsmouth PHD student, couldn’t continue with her lab-based research due to COVID restrictions she was given the task of data mining the decade’s worth of statistics. Her routine study uncovered a worrying reality that these animals have consistently low sperm similar to those in areas that are industrially contaminated.

Professor Ford explains that other marine creatures are also suffering: “We know that pollutants are affecting male fertility levels of all species. Killer whales around our coasts are contaminated with so many pollutants that some can’t reproduce. Recent studies* have also suggested that harbour porpoises contaminated with highly toxic industrial compounds, known as polychlorinated biphenyls (PCBs), have smaller testes.”

In some countries, a boy born today will have half the sperm count of his grandfather and there are fears boys are getting critically close to being infertile.

Researchers at the University of Portsmouth believe this new study feeds into wider studies on male fertility. Professor Ford says: “Researchers have been looking at worldwide declines in sperm counts of humans over the past 50 years. Research* has shown that in some countries, a boy born today will have half the sperm count of his grandfather and there are fears boys are getting critically close to being infertile.”

Marina Tenório Botelho’s research also showed that female shrimp produce fewer numbers of eggs and appear in low densities in the same waters. It suggests that because male shrimps’ capacity to fertilise females is compromised, the females in turn have fewer eggs. Scientists are concerned this could lead to a population collapse in the area, which would have a knock on effect on the rest of the food chain. Less food to go round would also eventually mean fewer birds and fish in the region. 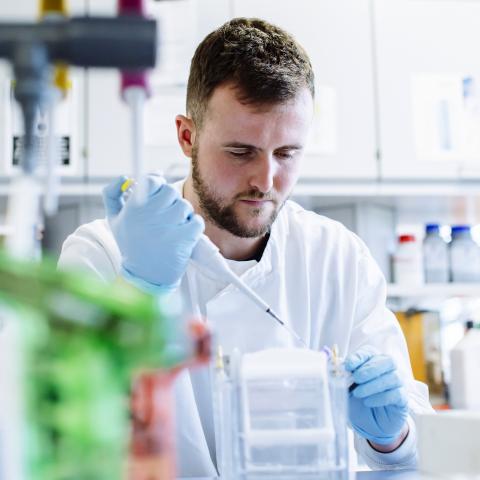 Find the Biological Sciences course for you 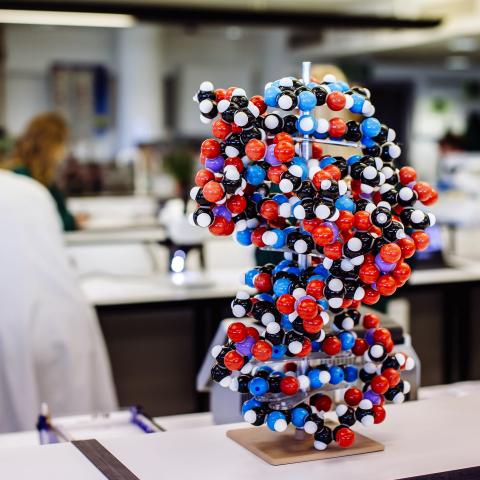