Dogs may be able to understand what information is most relevant to us, according to a new study into the way they communicate with people.

Scientists found that dogs taking part in observational tests at the University of Portsmouth’s Dog Cognition Centre were able to differentiate between hidden objects based on their relevance to a human partner.

The study by Dr Patrizia Piotti and Dr Juliane Kaminski, published today in the scientific journal PLOS ONE, looked at dogs’ interactions with a human partner who was looking for an object that she – but not the dog – had an interest in.

Dogs were helpful to the person because they repeatedly indicated the hidden objects without receiving any reward for it.

They did not indicate relevant objects more often than irrelevant ones, but they were more insistent when it came to indicating the relevant object, especially when the human partner was talking to them.

Ms Piotti said: “Dogs have outstanding abilities when it comes to communicating with humans, and these results are a step forward in research looking at whether they actually use communication to inform others.

Dogs have outstanding abilities when it comes to communicating with humans, and these results are a step forward in research looking at whether they actually use communication to inform others.

“One theory is that they have adapted to life with humans by evolving specialised cognitive skills for interacting with people.

“Researchers are therefore interested in understanding how and why dogs have successfully become humans’ best friends, and how their human-like qualities evolved.”

The tests involved a total of 72 dogs in a variety of set-ups, with the researchers observing the animals’ interest in opaque boxes, each concealing a single object.

The second set of tests involved just one object being hidden – either the notepad or the stapler.

In the first set of tests the dogs did not show a preference for the notepad, indicating the toy more often. But their indications of the notepad were more persistent when they were addressed by the person – especially when earlier they had shown more attention to the person using the notepad.

Ms Piotti said: “There seems to be some evidence that dogs could be able to distinguish between objects based on a human’s need for them.

There seems to be some evidence that dogs could be able to distinguish between objects based on a human's need for them.

“The results of this and other research at the Dog Cognition Centre may be useful for people working with search and rescue dogs and dogs for the blind, for example, as well as dogs kept as pets."

“However, more research is needed to establish whether dogs actually use communication to inform others. The next step will be attempting to recognise the elements driving dogs’ understanding of an object’s relevance.”

The Dog Cognition Centre – which is part of the University’s Department of Psychology – is looking for more participants for future studies. Dogs of any sex, age, breed or level of experience can take part. Studies are purely observational, and the dogs are always rewarded with food or play.

In the Dog Cognition Centre, we're exploring the behaviour and cognitive processes of man's best friend – and studying everything from human-dog communication, to facial expressions in dogs. 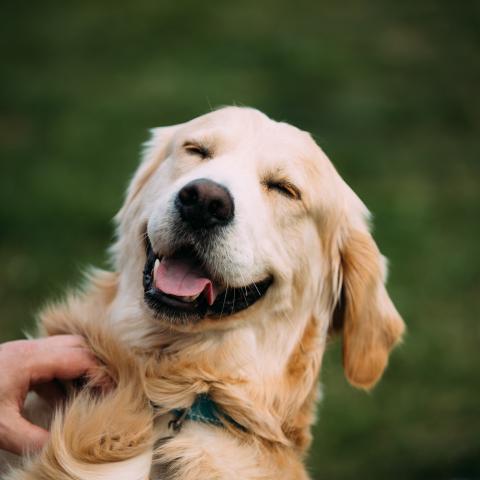