Duchenne muscular dystrophy is caused by a genetic mutation and affects one in every 5,000 boys born. Because the affected gene is on the X chromosome, girls can develop the disease, but only very rarely (1 in about 50 million).

Children with the condition will need a wheelchair by their teenage years, and most will die in or before they reach their 30s.

Now, for the first time, researchers have found evidence of disease early origins, which could lead to better and more accurately targeted treatments to slow its progress down. They modelled the disease to look at its development, from its initial trigger and first manifestation.

The study is co-authored by leading expert in Duchenne muscular dystrophy Professor Darek Gorecki, at the University of Portsmouth and a team of French scientists from I-STEM (INSERM UMR861, AFM-Telethon) in France.

It is published in the Journal of Cachexia, Sarcopenia and Muscle.

Previously, it was widely believed Duchenne muscular dystrophy starts in myofibres – cells involved in contraction making up the bulk of any muscle.

Therefore, research for a treatment  in this disease has long been focused on myofibres and how to deliver therapeutics to them.

But this new work has found it begins much earlier, in developing cells destined to become muscle cells.

Professor Gorecki said: “To diagnose this rare but devastating disease earlier might give clinicians and research scientists a window in which to help slow its progress.

“Most of the boys with Duchenne muscular dystrophy are diagnosed between the two and five years old by which time the damage to their bodies is already significant. This delay in identifying the condition may be preventing therapeutic interventions that could help slow disease progression.”

The researchers found In Duchenne muscular dystrophy there are a range of abnormalities in myogenic cells – these cells do not have a role in muscle contraction, like myofibres, but are critically important for normal muscle growth but also regeneration in a disease.

Professor Gorecki said: “The current canon on the origins of Duchenne appears incorrect and lots of the effort spent looking for ways to ease or slow its progression has unfortunately come to naught, it appears because we’ve been looking at the right cell but at the wrong time.

“The reason this matters is that if these myogenic cells malfunction, damaged muscle could not be repaired. And any repaired myofiber will eventually need to be replaced, which will not happen without myogenic cells.”

If rather than looking at myofibres, scientists knew to focus their attention on myogenic cells, there is a better chance treatments could be designed, which would correct these errors in myogenic cells and this will eventually lead to healthy myofibers and therefore  produce better therapeutic results.

Professor Gorecki said: “Perhaps it is time to consider restarting the Duchenne Muscular Dystrophy Newborn Screening programme? The sooner the biomarkers of this disease can be spotted, the better, both for understanding the disease and for the opportunity to develop and apply treatments to try and mitigate its effects.” 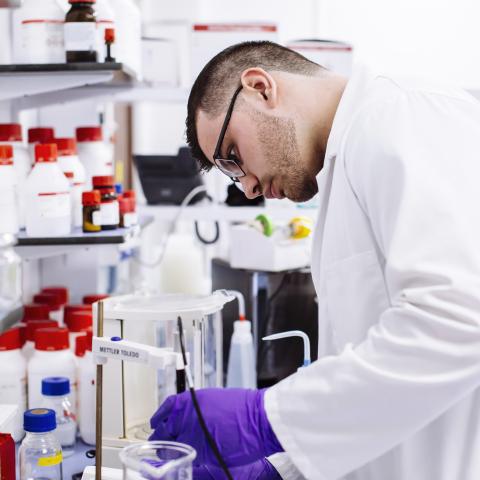