Three years of research into public perceptions of European Union (EU) projects across Europe has shown the UK has one of the lowest recognition levels on the continent of work done by the EU to benefit communities across the country.

Researchers at the University of Portsmouth joined with seven other independent institutions across Europe, to investigate what impact EU investment and infrastructure has had on the public awareness. The PERCEIVE research project was funded by the European Union, which was keen to know how effectively it is communicating the benefits of membership.

The study, which has just been published, shows that in the UK just 21 per cent of people are aware of the EU “Cohesion Policy”, which funds important schemes in regions right across Europe. Only the Netherlands (18 per cent) and Romania (19 per cent) had worse responses. In contrast, 63 per cent of Polish citizens questioned were aware of the investment, with figures of 60 per cent found in Estonia and Spain.

In some ‘leave’ areas more than 8 out of 10 people had no idea of local projects that had been funded by the EU.

Researchers found that the EU has a problem with communication, and must learn to better inform people of its policies and funded projects. As an example, the team at the University of Portsmouth found awareness dropped to just 18 per cent in Essex, and point to a link between the poor communication of benefits and the decision for the UK to leave the EU through the Brexit referendum.

Commenting on the results, Dr Adam Cox from the Faculty of Business and Law at the University of Portsmouth, said: “The results of the PERCEIVE project, and the implications for why many people in the UK  voted to leave the EU, could not be clearer. In some ‘leave' areas more than 8 out of 10 people had no idea of local projects that had been funded by the EU, and hence had little or no enthusiasm for the EU in general.”

Worryingly for the EU, the researchers found that in many founder member countries the perceived benefits of membership hit significant lows. In Italy, just 10 per cent of citizens felt they were supported by Europe and its funding. The percentage didn’t exceed 20 per cent when citizens in Austria, Germany, France and the Netherlands were asked the same question. Conversely,  in newer member nations, such as Poland, Estonia and Slovakia, the figure reaches almost 70 per cent.

As well as there being a split between countries there was also a divide in the views of differing age groups. Nearly two thirds of people under the age of 49 believed they benefited from being in the EU, with higher awareness levels among those with higher education and people who live in cities.

The research is certainly something of a wake up call and will help the EU learn key lessons.

Dr Adam Cox added: “The research is certainly something of a wake up call and will help the EU learn key lessons in how to better target groups across the continent who show little awareness of the funding and projects that have a positive impact on their daily lives. The situation with Britain is now seemingly beyond its control, but it will need to make a greater effort in communicating with citizens of other founder states if it wishes to change perceptions.”

The EU has now received the PERCEIVE research, along with a package of recommended measures to help it communicate more effectively.

We're researching how people, businesses, societies and nations manage and allocate scarce resources such as land, labour or capital. Explore our economics research. 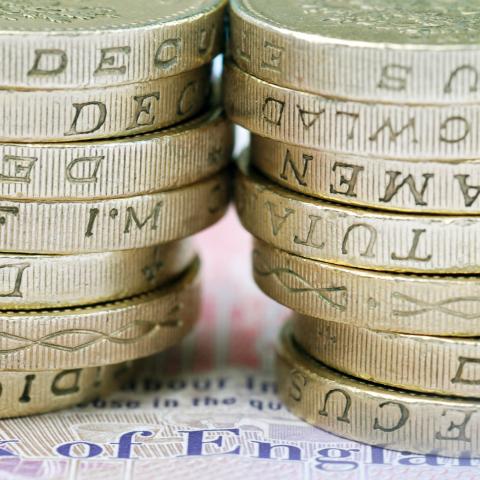