The beautiful, amber-like material has been discovered in 110 million year old fossilised leaves

A remarkable new treasure has been found by scientists from the University of Portsmouth – the first fossil plant gum on record. The beautiful, amber-like material has been discovered in 110 million year old fossilised leaves.

University of Portsmouth PhD student Emily Roberts made the discovery while examining fossilised leaves of the Welwitschiophyllum plant, found in the Crato Formation in Brazil. Emily noticed thin amber-coloured bands locked inside some of the fossilised leaves she was studying.

What makes this new ‘gem’ unique is that unlike amber, which is made from fossilised plant resin, this substance is made from fossilised plant gum. Until now, it has been assumed that plant gums cannot survive the fossilisation processes. Their water soluble properties have meant that scientists have always assumed that gum would be dissolved in water, and could not have survived long enough to be preserved in fossil plant remains.

As this fossilised gum looks so like amber, it is thought that there may be many other amber-coloured substances in fossil plants, wrongly interpreted without chemical confirmation.

Fossil gum in thin section of the fossilised leaf.

Plants produce fluids such as resins and gums, which have different functions within the plant. Resins are a response to wounding and act as a defence against disease and insects. Gums are involved in food storage, structural support and wound sealing. Although gums and resins look similar, they are chemically different and gums are well known to dissolve in water. Previously, only fossilised plant resins (ambers) have been reported.

Emily said: “This new discovery overturns the basic assumption that plant gums cannot be preserved in the fossil record. It has opened our eyes to the fact that other plant chemicals may also be preserved – we can no longer just make assumptions. When we first tested the gum I was astonished that we were confirming something that was thought to be impossible – it just goes to show that fossil plants can surprise us.”

This study, published in the journal Scientific Reports, has also revealed another significant finding – the Welwitschiophyllum plant is considered to be related to one of the oldest and most enigmatic plants in existence. Remarkably, a considered relative of this plant is still growing today, Welwitschia is the sole survivor of this lineage and is now found only in the Namib Desert in Namibia and Southern Angola.

Co-author Professor David Martill, of the School of the Environmental Geography and Geosciences at the University of Portsmouth, said: “Emily has not only discovered something ground-breaking about plant gum, but perhaps even more astonishing her findings confirm that the Welwitschia plant found in Africa today produces a gum similar to a plant growing 110 million years ago in Brazil. Welwitschia is one of life’s survivors, thriving in one of the harshest environments on earth for over 120 million years. This discovery is extremely exciting, especially when put into the context of these two continents of Africa and South America, being one during the Cretaceous period.”

When we first tested the gum I was astonished that we were confirming something that was thought to be impossible – it just goes to show that fossil plants can surprise us.

Researchers suggest there is still much to be learnt and that future work should focus on how this preserved gum has survived 110 million years.

This research was a collaboration between the University of Portsmouth, the University of Vienna (with amber expert Dr Leyla Seyfullah) and the British Library (with FTIR (Fourier Transform Infrared Spectroscopy) specialist Dr Paul Garside). 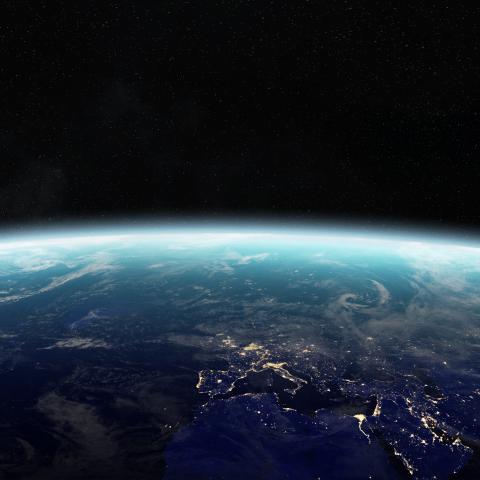 Find the Earth Sciences course for you 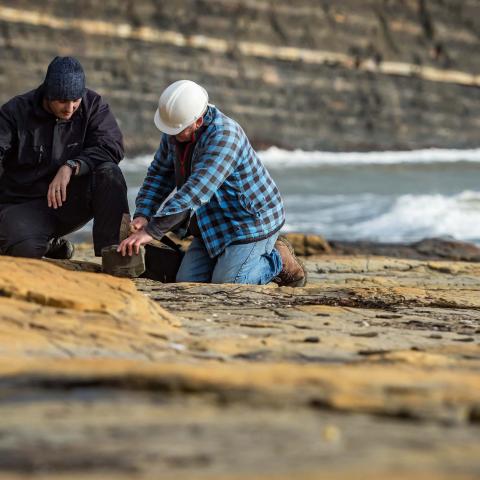