Offenders convicted of occupational crime and corruption are having their rehabilitation negatively affected by long term ‘labels’ attached to them on digital media, according to new research by the University of Portsmouth.

The study, published in the Journal of Criminological Research, Policy and Practice, shows these ‘labels’ can lead to economic strains and social fractures that hinder productive reintegration into society. It had been thought that those convicted of white collar crimes, such as fraud and bribery were less likely to experience long lasting negativity after finishing their sentence. However, researchers discovered media coverage published online was having a much larger detrimental effect than had been previously assumed.

The archive, search and sharing features of digital media ensures that the online identity of offenders is dominated by their crime long after a sentence is completed. The study shows this ultimately ends up with individuals having a “personal digital criminal legacy” (PDCL). This sticks with them, disrupting their lives and the lives of their families, long after the reported crimes.

I'm so pleased that the School and the University has received this recognition from such a high profile, international institution. The accreditation means that we can more effectively promote the course internationally, reaching out to all INTERPOL’s 194 member states.

Lead author, Dr David Shepherd, from the School of Criminology and Criminal Justice at the University of Portsmouth, said: “Historically it has been assumed that white-collar crime was un-newsworthy and offenders were unlikely to be confronted by the negative impacts of adverse publicity.   Consequently, there has been very little research in this field. We wanted to assess this perception and explore the accounts of some white-collar criminals who have experienced the attention of the press.”

This is believed to be a rare study into white collar criminals after release from prison. It shows outcomes that directly conflict with the idea that criminal justice is most successful when it encourages the positive reintegration of offenders back into society. Seventeen participants, aged 30 - 65, were questioned and their answers analysed. Overall the group became less economically productive after release from prison. Two remained long-term unemployed and five could only find work in the gig economy where fewer questions are asked. The association of stymied employment opportunities, a permanent criminalised digital identity and Google was keenly felt by all the participants.

I'm so pleased that the School and the University has received this recognition from such a high profile, international institution. The accreditation means that we can more effectively promote the course internationally, reaching out to all INTERPOL’s 194 member states.

Tony, an employee convicted of occupational fraud, said: “I was all over the Internet, all over the BBC news, so if I typed in my details on Google you will find everything about me.”

Frank, a businessman convicted of corporate fraud, said: “You can’t erase Google. And the problem is the media portrayal of what went on. It wasn’t the truth and it’s rarely the truth. But that’s what people read, and if they read it, they believe it.

The research concludes that the Internet poses a major challenge to the confidentiality provisions included in the Rehabilitation of Offenders Act (1974). Dr Shepherd said: “The analysis of digital media shows that even local press stories now have a sustained destructive vitality through the creation of a PDCL. The resulting widespread and enduring stigmatisation impacts for offenders, as well as for families and those wrongly accused, have significant implications for productive reintegration, criminal and social justice.” 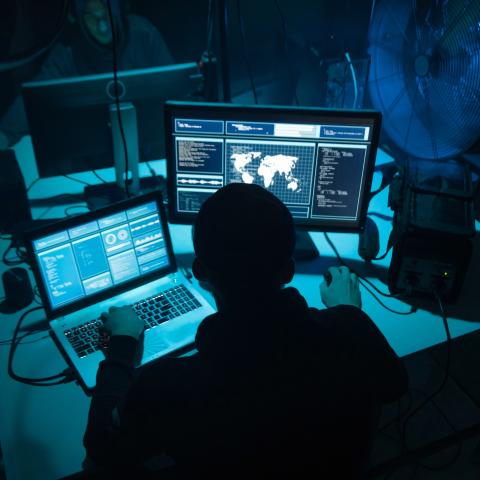